On Friday July 25, the Dad’s & Legend’s of the Happy Valley Football Club took to the park to display their skills (or lack thereof!!)!!  Congratulations to team Tonkin who were 5 point winners on the night!! Thanks to our officials with the whistles on the night – Wayne (the Hoff) Hasel & Grant (Narnas) Sterzl, all of the people who helped out with boundary umpiring, scoring, running water & being trainers.  Thanks to Super Coaches Damian McCann & Kristen Tonkin and a special thanks to Mal Tomlinson for organizing the night and all of the legendary players who made the night a fun experience for all!! Congratulations to Jason Sinclair – winner of the Downlow Medal on the night and Brett Duncan voted BOG by the umpires. 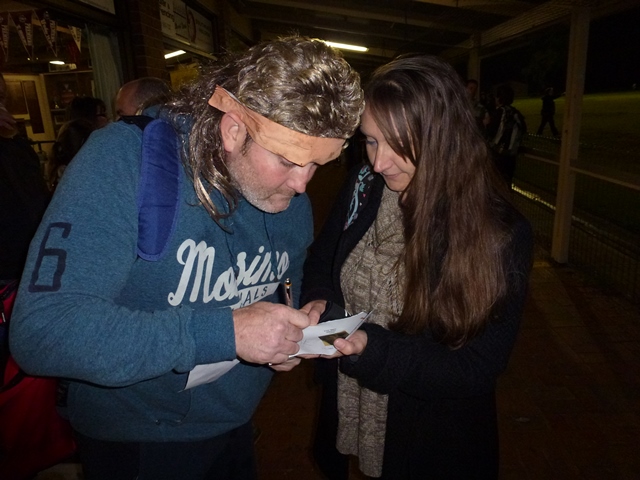 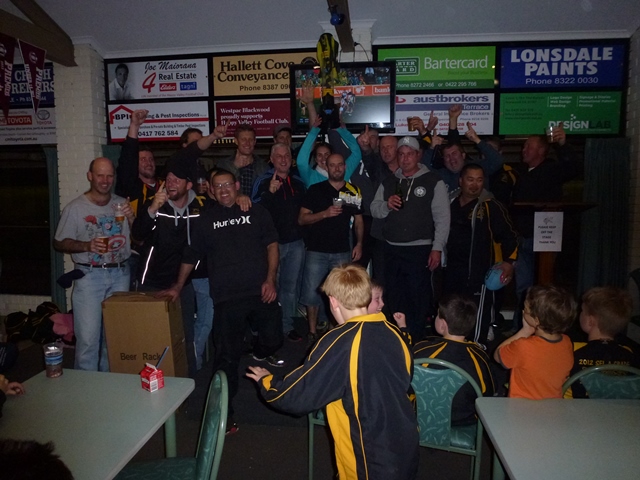