The modern Happy Valley Football Club was born in 1952, wearing Blue and Gold in the Hills Central League. In the early sixties we left the Hills to join the Glenelg, South, West League, and it was at this to avoid clashing with Glandore, that the Vikings made the adjustment to Black and Gold, the colours by which we are now known.

The Valley won premierships with their top side in both 1970 and 1974 under the captaincy of Wayne Baxter, but these were in the third division of the league. The Happy Valley and Aberfoyle Park area was mostly vineyards or sheep paddocks. We were a little known and rather insignificant power right up until the eighties when we joined the Southern Football League (SFL). At first we were accepted in Div. 2 and promptly made the Grand Final in our first season, and played regular finals football until 1984 when we moved to Div. 1.

The mid eighties in Div.1 saw the Big V on the end of some big thrashings. And the mood changed. A lot of people, too many to mention, decided to change the culture. Some very important and very gutsy decisions were made that turned our reputation as one of the ‘easy beats’ in the competition to one of the most feared and respected clubs in the SFL.

In season 2012 we returned to the winners list with a great win over Brighton.

Many attribute our success to the development of the area. Having the biggest high school in the state right next door certainly helps, no question. To be the best though, requires more than just numbers. You also need the best coaches, the best trainers, the best support staff, and the best administration possible. We have been very, very fortunate to have had an large number of exceptional and quality personnel involved as part of our club. Our forefathers have left a legacy we can all be proud of, and we can all walk taller on the back of their success. Our standards are high. Our expectations are high, and the rewards so far have been worth the effort.

In 2014 a video was made illustrating some of our proud history.  You can access this video by clicking on the link – HVFC Video 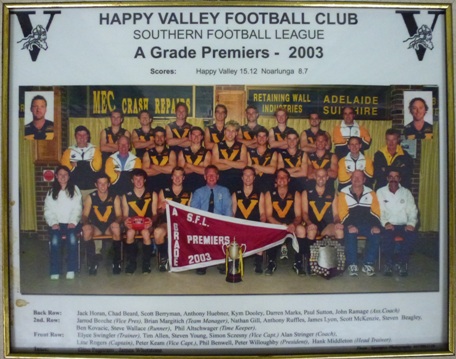 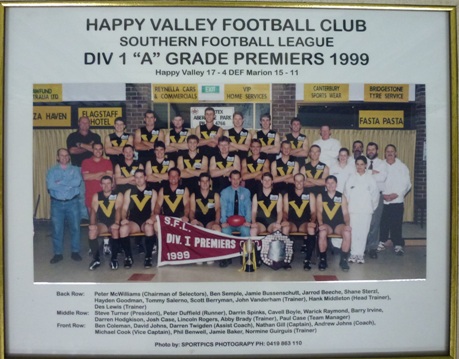 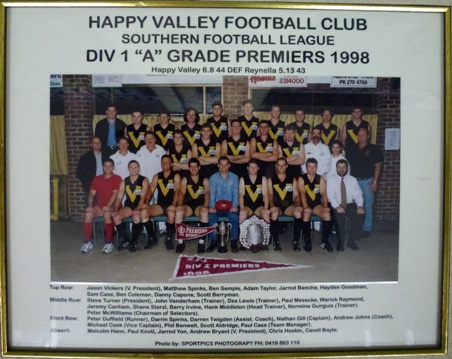 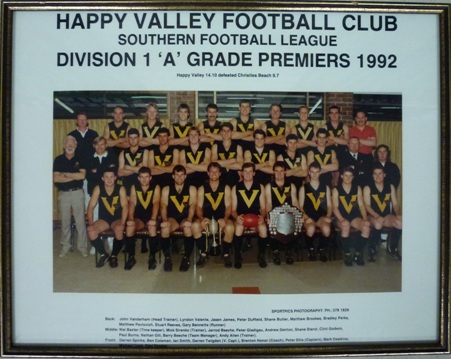