The modern Happy Valley Football Club was born in 1952, wearing Blue and Gold in the Hills Central League. In the early sixties we left the Hills League to join the Glenelg, South, West League, and it was at this stage, to avoid clashing with Glandore, that the Vikings made the adjustment to Black and Gold, the colours by which we are now known.

The Valley won premierships with their top side in both 1970 and 1974 under the captaincy of Wayne Baxter, but these were in the third division of the league. The Happy Valley and Aberfoyle Park area was mostly vineyards or sheep paddocks. We were a little known and rather insignificant power right up until the eighties when we joined the Southern Football League (S.F.L.). We were accepted into Division 2 and promptly made the Grand Final in our first season, playing regular finals football until 1984 when we moved to Div. 1.

The mid eighties in Div.1 saw the Big V on the end of some big thrashings. And the mood changed. A lot of people, too many to mention, decided to change the culture. Some very important and very gutsy decisions were made that turned our reputation as one of the ‘easy beats’ in the competition to one of the most feared and respected clubs in the S.F.L.

Many attribute our success to the development of the area. To be the best though, requires more than just player numbers. You also need the best coaches, the best trainers, the best support staff, and the best administration possible. We have been very, very fortunate to have had a large number of exceptional and quality personnel involved as part of our club. Our forefathers have left a legacy we can all be proud of, and we can all walk taller on the back of their success. Our standards are high. Our expectations are high, and the rewards so far have been worth the effort.

With this dedication and the associated playing numbers, the Happy Valley Football Club also prides itself on providing the best facilities in the S.F.L. while being a family friendly environment. The Happy Valley Football Club has, and is, providing many opportunities for young footballers to learn and to develop their skills, and currently has players in both the SANFL and SANFLW and has players in the WAFL competition.

If you would like to become a player, a member or a sponsor, please call the Club secretary,Sharon Nicolle, on 0417852968, or contact the Club through email: happyvalleyfc@hotmail.com. Alternatively, you can contact us through the contact form provided on the contact us web page, or use one of the many social media pages that club actively monitors on a regular basis.
THE VIKING’S FORCE IS DESTINED TO GO ON FOR MANY YEARS TO COME! 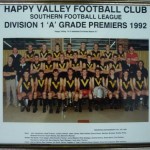 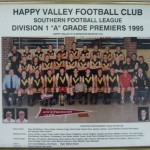 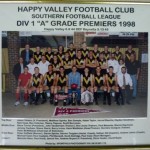 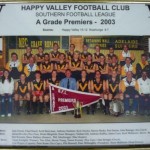