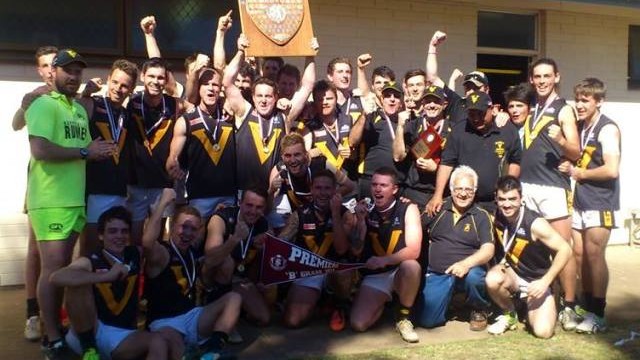 This was to be the clubs last tilt at Premiership success for 2014. The team looked cherry ripe, their form very sound leading into Grand Final week. Practice was sharp, the enthusiasm was up and expectation was high amongst the group. This team, as most B grade sides do have, had many changes from week to week, with injuries and absence taking their toll and developing many juniors a priority. Chopper has done a fantastic job with this team and had them playing good footy at the right time. Both the Piggies and the Valley had a few back from the senior side and had a blend of youth that are learning quickly. This was going to be an epic battle.

The Viking boys were quickly on the board  with a couple before Flagstaff Hill were able to score themselves. The quarter time margin was only eight points and did not truly reflect the Vikings dominance. By half time we had again added a couple to Flaggies one and the lead had increased to just ten points. This was a tough hard slog. There was very little pretty footy, there were many stoppages and the tackling and the smothering stats were rising as quickly as the temperature. It was warm and the players were spending plenty of energy. Would this game break open? The third quarter saw more of the same. The Vikings were brilliant in their attack on the footy yet once again were unable to really put a break on the scoreboard. Flaggies were kept goal-less whilst the Valley added one goal and at lemon time the margin had grown to 16 points. Choppers speech at three quarter time was brilliant, passionate and direct. Did we have enough in the tank to bring the flag back to Taylors Rd? The game just wouldn’t open up and once again packs formed all over the ground. A couple of third man up at stoppages enabled Flaggies to score and with only a couple of minutes to go Flaggies had brought the margin back to just five points. Next goal wins?? The ball went forward for the piggies, and a desperate smother by the Vikings turned the ball in our favour where the ball was transferred quickly up the grandstand side of the ground which resulted in a Viking mark in the goal square by ex Piggie Breynard who sealed the game with a major.

What a game, Tom Adler played a ripper on the wing and covered a huge amount of ground, also copping a head knock that had him slightly concussed after the game, Brett Margitich played a huge Captain’s game and his desperation set the tone for the team. Huebner was brilliant on ball and in defence whilst old timers Ferguson and Tonkin showed all of their experience. It was not a day for forwards as the ball was not brought in with a lot of certainty, which explains the spread of goal kickers.

Sensational work by Chopper, the players and the support staff to win a much needed premiership by our B grade team. Hard work does pay off, many players will never get the opportunity to play on the last day of the season so this is one to savour and enjoy. 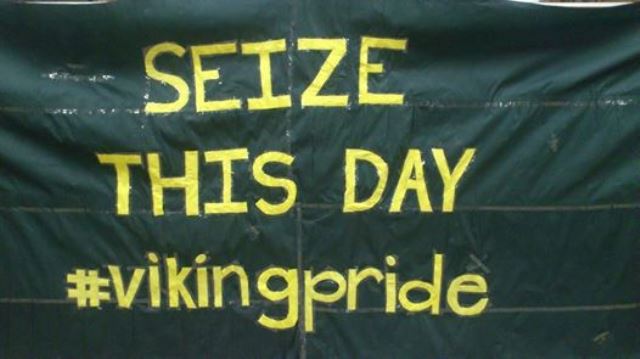 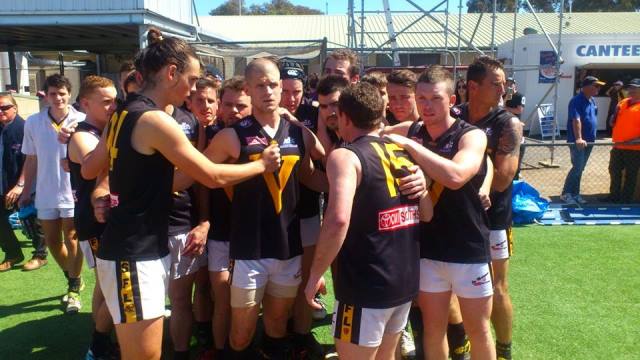 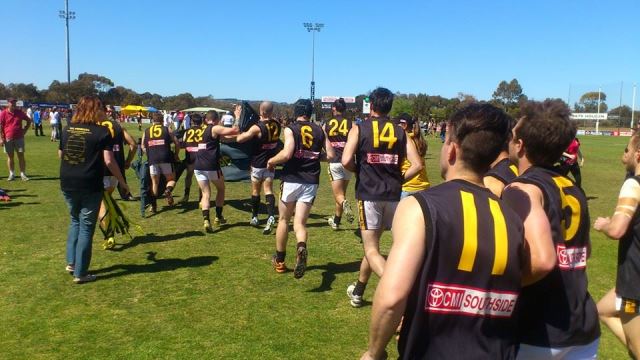 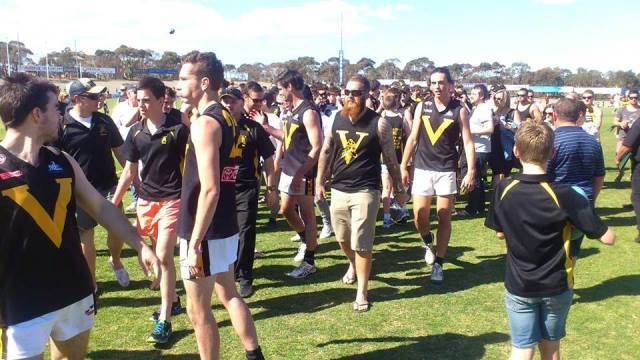 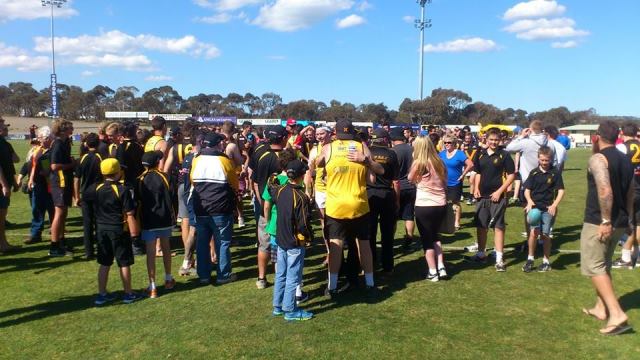 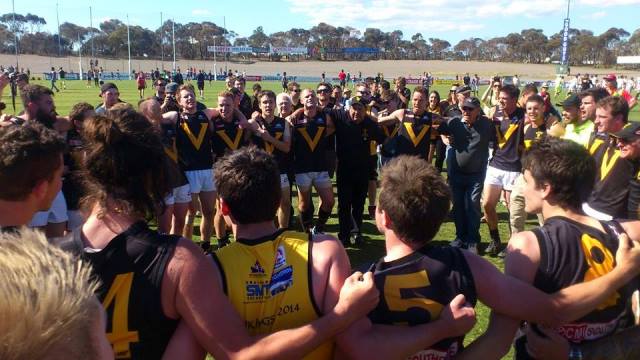 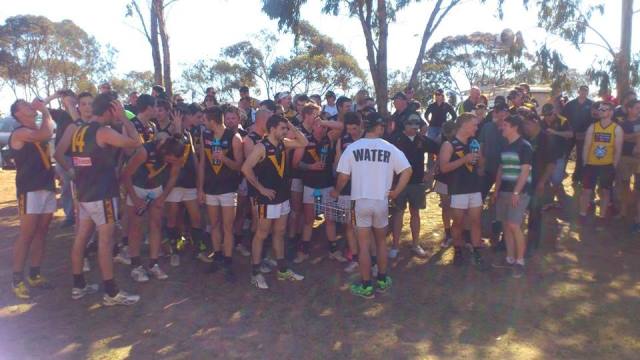 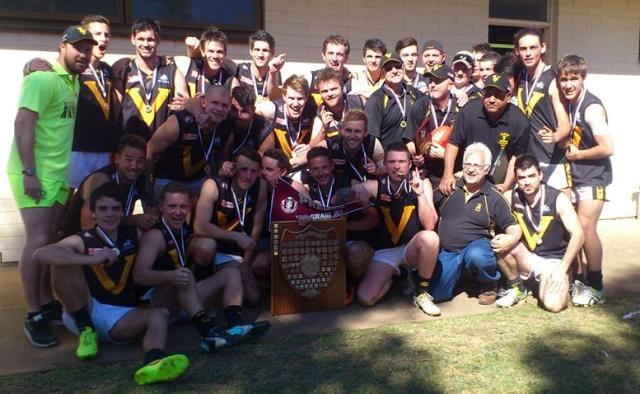 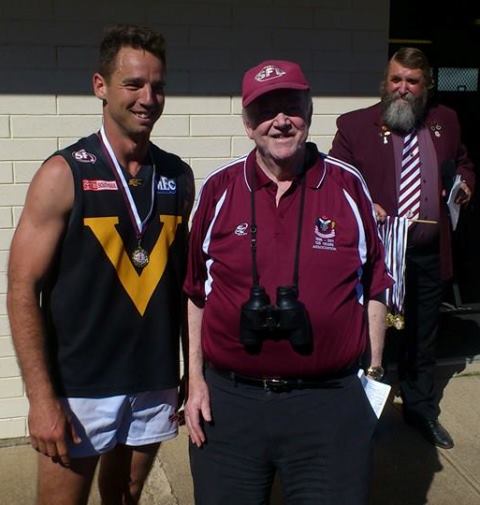 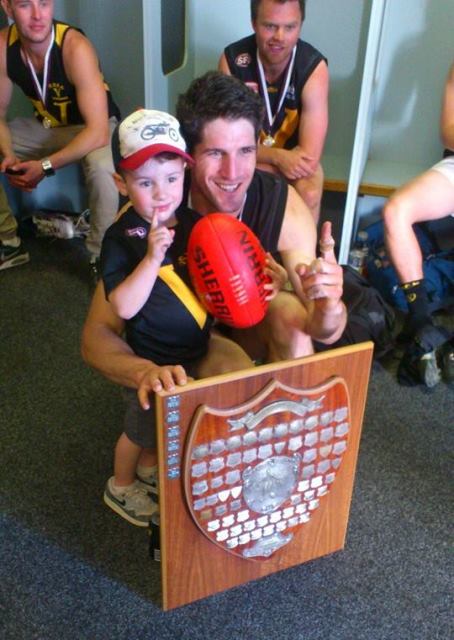